Skip to content
Posted on December 2, 2022 by Allen He

Ghana missed a penalty again against Uruguay in the Group H match on Friday. The Black Stars were given a penalty after Mohommed Kudus was brought down by Uruguay keeper Sergio Rochet.

Andre Ayew stepped up to take the spot kick but the attempt was saved by Rochet who dived to his left.

There was controversy surrounding the penalty. The challenge by Rochet on Kudus was originally not considered since a Ghana player was in an offside position in the build up.

The referee was asked to consider the decision again by VAR and he turned the decision given by the assistant. The replays and semi assisted offside technology showed the player to be onside. 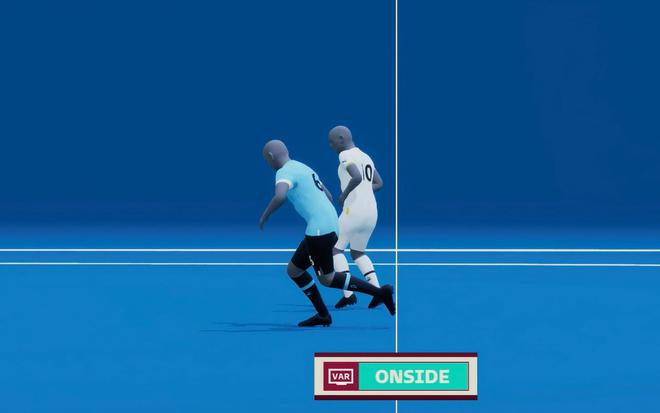 The image that shows the Ghana player was onside in the build up of the play that led to the penalty.
| Photo Credit: FIFA

This marks another penalty miss for Ghana against Uruguay at the FIFA World Cups. In 2010, the two teams faced each other in the quarterfinal fof the tournament.

In the closing minutes of extra time, with match tied at 1-1, Luis Suarez handled the ball to prevent Ghana from scoring the goal. Asamoah Gyan took the responsibility to convert the chance but send the ball over the cross bar.

The match eventually went to penalties where Uruguay won 4-2 and moved to the semifinals. Interestingly, Suarez is the only player from the 2010 match to start in Friday’s game.

The penalty save by Rochet could have an impact on the points table today as well. A win will send Ghana through. But if Uruguay gets the three points it will advance.

Uruguay scored two goals following the incident which put it in prime position to qualify.